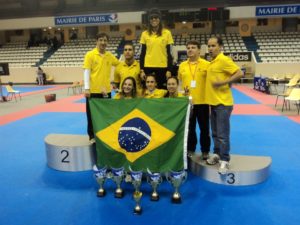 “I had the privilege to train and compete along side with Master Belmiro Giordani back in 2000. The experience and vision he has is amazing and the passion he has for the sport and to excel is contagious” says Lucas Rodrigues, owner and head instructor at G3 America Martial Arts