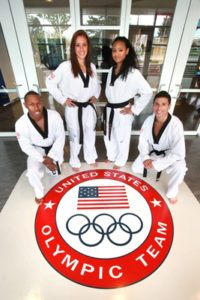 Besides the traditional aspects and unlike many other martial arts programs, TaeKwonDo is an Olympic Sport and it has been officially since the 2000 Olympic Games which makes the idea of taking TaeKwonDo classes very appealing and many kids and teens see it as an opportunity to become a potential Olympic athlete.

In additional, TaeKwonDo Olympic competition training teaches distance and awareness in the case of potential confrontations. Students become aware of their personal space and how to protect it in case they need to.

“The idea for kids and teens to join martial arts, in general, is to learn self-defense and to improve certain aspects such as discipline, respect and so on. The fact that TaeKwonDo is an Olympic sport it brings a different and very exciting angle about the sport and the possibility to become an Olympic athlete is very real and appealing”, says G3 America Martial Arts Head Instructor Lucas Rodrigues.